Free worldwide delivery for orders over 80€ 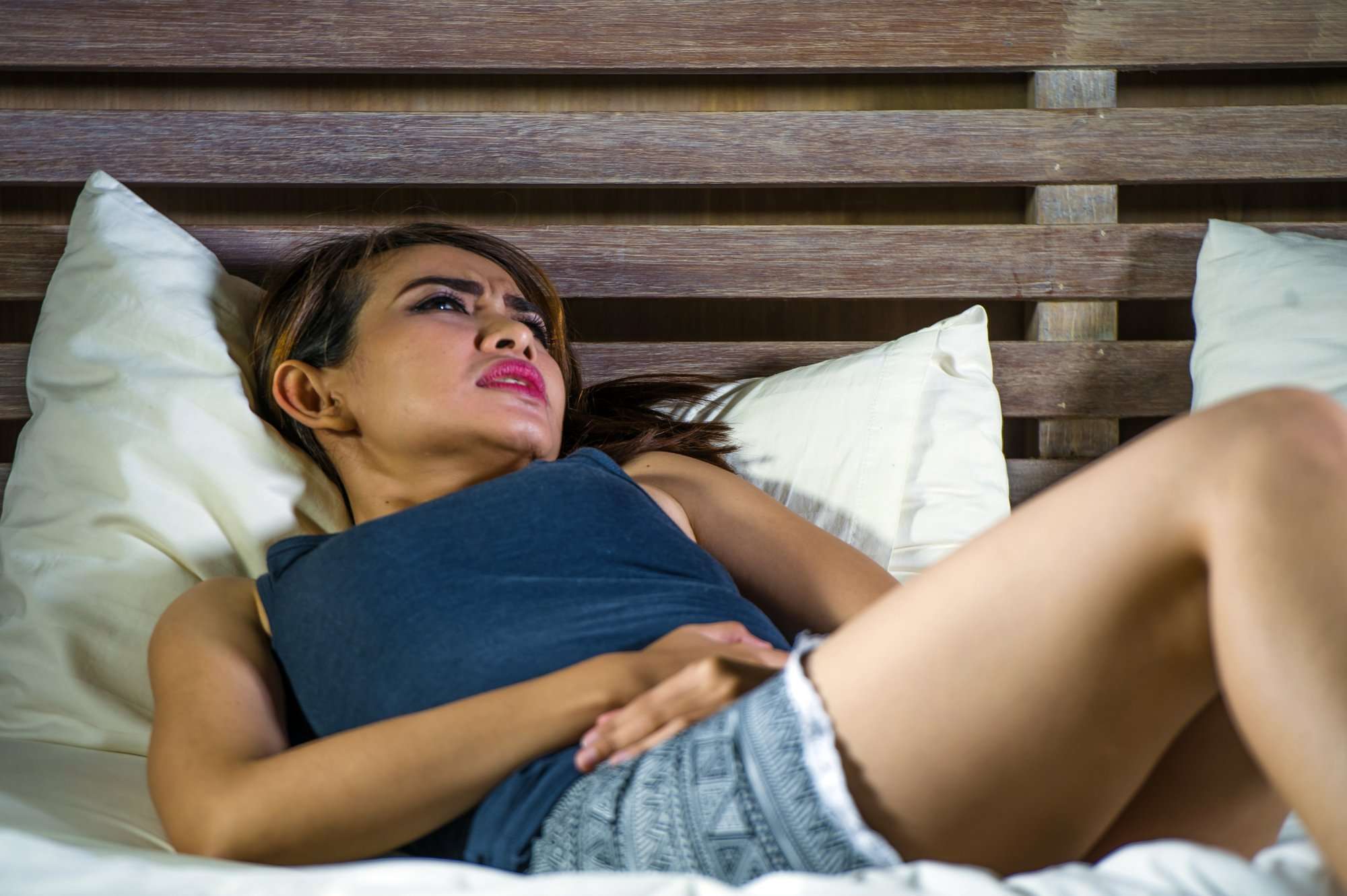 Almost half of all women suffer from pain in the kidneys or lower abdomen during their period. Very often, this is painful menstruation, also known as dysmenorrhoea. Although these pains are usually of no consequence, they can be a sign of a more or less serious disorder that needs to be treated as soon as possible. However, taking medication or adopting certain simple practical measures can help to relieve them.

Before anything else, each woman must take the time to know her menstrual cycle in order to better manage it. So I suggest you print out this cycle wheel and complete it over 2 or 3 cycles to be able to observe the similarities and thus better manage your pains.

The wheel is made up of 32 spokes to allow all women to complete it as well as possible (even with a long cycle). Your cycle starts on the first day of your period and ends the day before your first new bleed.

Most of the time, it is pelvic pain on one or both sides of the lower abdomen. The pain can be cramps, spasms or tightness. The girl suffering from painful periods may also feel a sensation of heaviness or of being punched in the face. The pain may even spread to the lumbar region, the perineum, the rectum and the abdomen. It is sometimes accompanied by nausea, vomiting, migraine or digestive problems. There is also a recurrence of iron deficiency anaemia in this case.

Overall, all these disorders have a strong impact on the woman’s social life. For example, the girl will often be absent from school during this period, or from work for those who have a job, not to mention the increase in the number of doctor’s appointments.

Pain during menstruation is caused by the tightening or contraction of the myometrium (or uterine muscle). This muscle is one of the strongest in a woman’s body. During the menstrual cycle, the endometrium (or uterine lining) enlarges and becomes highly vascularised in preparation for the eventual reception of an embryo. If fertilisation does not take place, part of the uterine lining (or endometrium) disintegrates and causes menstruation. This is when the myometrium comes into play. The myometrium contracts in order to expel the debris from the uterine lining and the blood from the period. The pain you feel is a direct result of these contractions. But this stressful mechanism for 1 in 2 women does not stop there, because the uterine muscle (myometrium) acts in complicity with prostaglandins. Secreted into the bloodstream, these pro-inflammatory molecules act like hormones by stimulating the contraction of the uterus.

There are many causes of dysmenorrhoea and you are therefore strongly advised to talk to your gynaecologist if you suffer from it. In addition, a distinction must be made between the causes of primary painful periods and those of secondary dysmenorrhoea.

Secondary dysmenorrhoea is mainly due to an acquired organic cause:

The integration of the copper IUD can boost the concentration of prostaglandins, which also often causes pain during menstruation. In this case, if painkillers are not allowed or if they are not effective in relieving the pain, the doctor may suggest a levonorgestrel IUD (intrauterine device) or any other contraceptive solution that can prevent menstruation.

Non-steroidal anti-inflammatory drugs (NSAIDs) are still the most effective way to relieve painful periods. However, it is strictly advisable to avoid aspirin in this case, as it can cause longer and heavier periods. Also, health professionals recommend taking the medication well before the pain occurs.

Antadys is a tablet containing flurbiprofen, an NSAID. Taking it helps to reduce pain, prevent inflammation, thin the blood and reduce fever. As for the dosage, you should take 1 tablet of 100 mg two or three times a day from the first pain until the symptoms disappear.

Like antadys, ibuprofen is an NSAID that effectively fights pain and inflammation. It also thins the blood and reduces fever. Depending on your doctor’s prescription, you should take one to three tablets a day. You should also be aware that there are contraindications for patients with or at risk of asthma.

This antispasmodic helps to combat painful and abnormal contractions of the uterus. Generally, you should take 1 to 3 Spasfon Lyoc 160 tablets per day.

This is only prescribed in certain cases in order to put an end to painful periods. In fact, according to several doctors, treatments based on progestogen hormones, such as the continuous use of Lutenyl, can be very effective insofar as they make it possible to block the periods and therefore the pain that they (the periods) could have caused.

Dysmenorrhoea can also be alleviated by natural or non-medicated solutions that are accessible to everyone. Among these means, we can mention :

Vaginal saunas can be used to reduce pelvic pain.

Stress promotes the production of cortisone and adrenaline, two hormones that have the ability to stimulate the secretion of prostaglandins. This is why you need to be as relaxed as possible on a daily basis. Practising yoga, meditation or breathing exercises, among others, will help you a lot in this respect.

Treat yourself to a hot bath or hot water bottle

Taking a hot bath can help relieve painful periods, and applying a heat source to your abdomen, such as a hot water bottle, can be just as effective.

Getting out for some fresh air

Getting out into the fresh air is a good idea and will take your mind off the pain you are suffering from. It is also a great way to combine physical activity with relaxation.

Doing some sports that do not require too much intensity, such as stretching or walking, can also help ease dysmenorrhoea.

Watch what you eat

It is important to have a balanced diet when you have painful periods. You should make sure that what you eat contains sufficient magnesium, vitamins and calcium. Excessive consumption of sweets or biscuits, for example, is not recommended at all, as sugar stimulates the secretion of insulin, which in turn promotes the secretion of prostaglandins.

Coffee consumption is also not recommended, as caffeine’s stimulating properties induce stress. Finally, you should consume much less salt and avoid alcoholic drinks during your cycle.

Just as it is important to discuss the subject of the first period with the girl at the very beginning of her physical transformation, it is equally important to talk to her about the possible pain that may be associated with it from the start.

Although the first period is not usually very painful, it can be accompanied by a slight swelling of the belly and a feeling of tightness. In any case, there is no point in hiding the truth about period pain from her, or at least you should talk to her about it in moderation, as your own experience may not be the same as hers.

To avoid unpleasant surprises or the stress of waiting for them to arrive, it is essential to inform them of the anomalies that may arise and the solutions that exist for efficient care, right from the first year.

Of course, on a more practical level and beyond the means that exist to relieve dysmenorrhoea, it is also necessary to talk to her about intimate protection, in particular washable towels and menstrual panties – which she can wear to avoid soiling her clothes during bleeding.

How can they be avoided?

Painful periods can be prevented by regular physical activity such as stretching or walking on a daily basis. Adopting a very low-salt diet will also help to prevent them. Similarly, you should avoid drinking alcohol, coffee and any other stimulants that can make the symptoms worse, especially in the two or three days before your period. Instead, you can drink anti-spasmodic, draining and relaxing herbal teas.

Avoid stress as much as possible! Applying a warm pad to the abdomen or taking a hot bath usually helps to ease the pain of contractions instantly.

Vaginal saunas can also be useful in preventing dysmenorrhoea.

The vaginal sauna or yoni steam is a non-conventional method of treatment -inspired by traditional Chinese medicine- which consists of relieving the aches and pains related to disorders of the uterus and the vagina by infusing steam into the genital tract. In this way, it presents itself as a practice that could potentially help you prevent pain during your period.

In concrete terms, this treatment is done with hot water in a large bowl in which aromatic plants (oregano, basil, calendula, rosemary, yarrow, mugwort, camomile, etc.) with soothing and purifying properties are infused.

The aim here is not to take a bath, but to sit at a safe distance over the bowl and let the steam from the heated water and the infused herbs penetrate the vaginal area for 10 to 20 minutes. The vaginal sauna is said to have multiple benefits. In addition to alleviating pain related to genital disorders, it would also purify the vagina and boost the fertility of the woman among other things…

You should consult your doctor if medication is not effective against the pain or if the pain tends to persist even after your cycle. Consultation is also recommended in the case of disabling pain that affects your morale and quality of life. The same applies to :

When do we start talking about heavy periods?

Heavy periods (or menorrhagia) often occur when a woman loses more than 80 ml of blood in each cycle. As this is not easy to control, it is thought that it is probably abnormal bleeding as she is often forced to change her pad or tampon every two hours or even every hour. A large loss of blood clots (several centimetres) is also a sign of abnormality. Finally, if you have your period every 3 weeks instead of once a month or if you bleed for more than 7 days, this is also called heavy menstruation.

Homeopathy is a treatment based on granules that can complement and reduce the use of analgesics in the case of dysmenorrhoea. This treatment is individual and should only be prescribed under the strict recommendation of your gynaecologist. Indeed, its administration may be followed by undesirable effects, contraindications or risk of interference with other drugs.

It is also important to know that the aim of homeopathic treatment is not to alleviate pain, but to modulate its intensity and reduce the duration of your period. It also allows you to deal with premenstrual symptoms such as circulatory problems, diarrhoea, swelling, breast pain, irritability, migraines, etc. It is a treatment that offers a global solution to disorders of the reproductive system and the resulting effects. 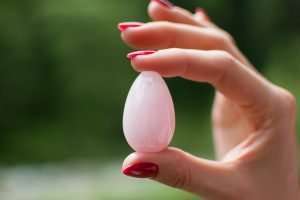 All you need to know about yoni eggs 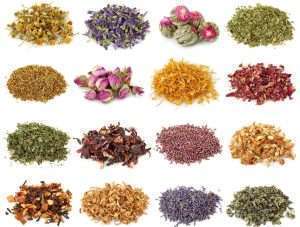 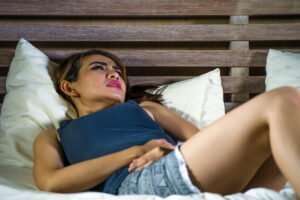 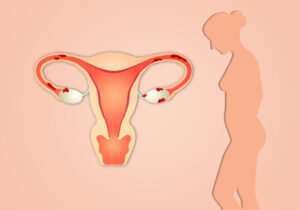 Endometriosis : everything you need to know